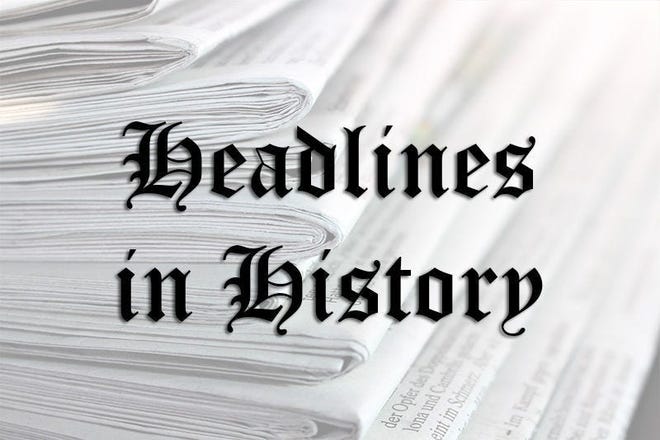 Which made headlines within the fifth week of August in South Bend historical past.

What has made headlines in our area this week over the past few years? The Historical Museum offers these newspaper excerpts to give you an impression.

August 29, 1900: “Tuesday was a day of unusual joy and interest for the residents of Northern Indiana, who accepted the invitation from the Medical Superintendent and Board of Trustees of the North Indiana Hospital for the Insane to participate in the informal inspection of the two new buildings just finished participating. ”- The South-Bend Daily Tribune

August 30, 1919: “The offices of the three police captains were abolished Friday night by the Public Safety Bureau and Capts. James E. Shock and Guy Bunker have been demoted to patrol sergeants. Captain William H. Cordier has been demoted to Desk Sergeant and will serve in Police Chief Peter Kline’s office. ”- The South-Bend Daily Tribune

August 31, 1922: “District school enrollments will be strong this fall, and several schools may need to hire additional teachers as the numbers received by the District Superintendent John W. Rittenger’s office estimate that enrollment will be close to 4,000.” South-Bend Daily Tribune

September 1, 1937: “The list of internationally renowned educators who teach at Notre Dame is to be expanded by seven European scholars in the 1937/38 school year.” – The South Bend News-Times

September 2, 1945: “The easing of rationing during the war was reflected in an announcement by the price administration office on Saturday evening that all but one of the rationing boards in St. Joseph County will no longer exist by October 1st.” – The South Bend grandstand

September 3, 1958: “The first live broadcast of a surgical operation shown in the South Bend-Mishawaka area will be broadcast Tuesday night on WSBT-TV, the Tribune television network, as a feature of Hospital Week, which airs here Sunday through September . 14. “- The South Bend grandstand

September 4, 1964: “The first of two new traffic lights that have been installed for Mishawaka on Lincoln Way W. between Ironwood Dr. and Logan St. are due to be turned on today, according to urban traffic engineer James V. Troiola. ”- The South Bend grandstand

Begin of development east of I-75 in Sarasota