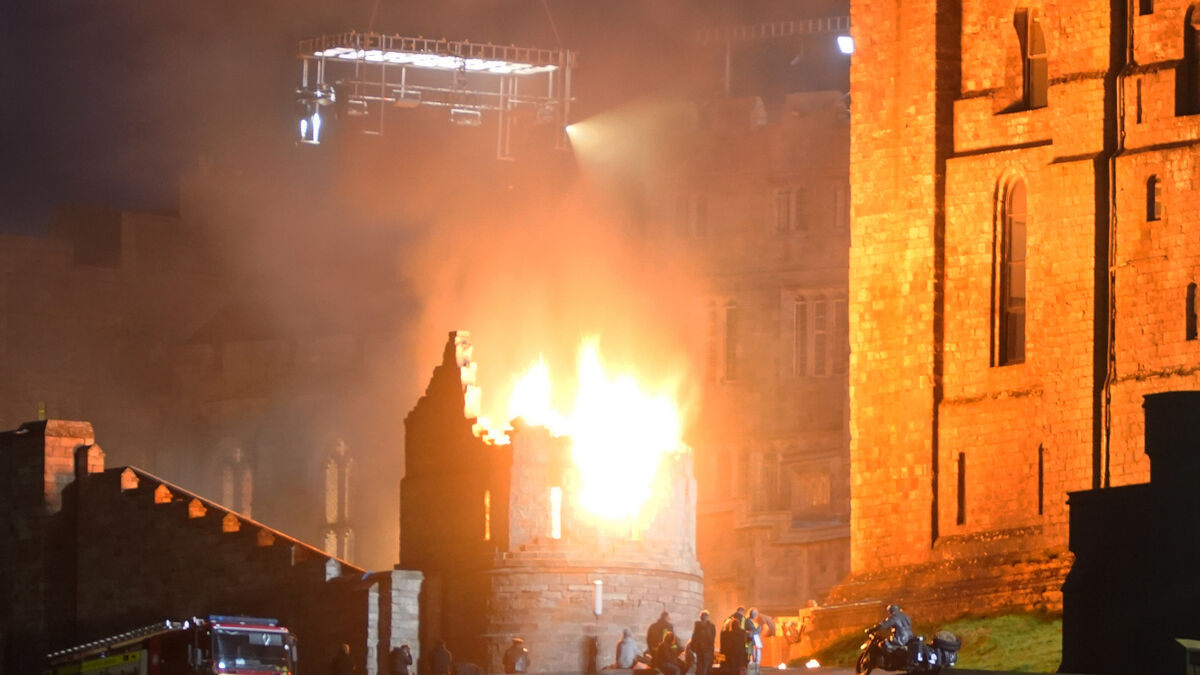 Photos from a night shoot of the new Indiana Jones film show a dramatic fire staged in a historic coastal castle.

A World War II-era motorcycle is featured in one of the pictures taken by PA news agency photographer Owen Humphreys in Bamburgh Castle, Northumberland.

Harrison Ford plays the role of the world’s most daring archaeologist at the age of 78, but it wasn’t clear if Dr. Jones was the man on the motorcycle.

However, the dramatic scenes have sparked speculation that the fire and bicycle were linked to another death-defying escape from the Nazis.

Bamburgh Castle has been closed to the public for several days and World War II vehicles were spotted being delivered to the site in the lead up to filming.

Local residents have been warned that filming will take place at night and that there may be loud noises.

From Thursday evening to Friday morning, the crew staged a fire on set that lit up the night sky.

Mr. Humphreys said, “They started testing the set around 9:00 pm and filming continued around 1:00 am. 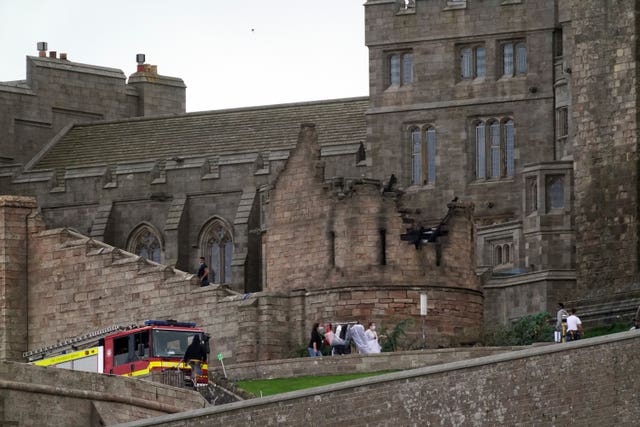 A fire engine was on standby (Owen Humphreys / PA)

“They set up a fire and we could see a man on a motorcycle going to the castle – it could be a prison breakout scene, after all, this is Indiana Jones.

“It looked spectacular in the night sky against the backdrop of the famous castle.”

During the breaks, Ford was seen cycling along the Northumberland coast and on Tyneside.

At the start of the film program, he tapped his famous hat for a young fan in Grosmont, North Yorkshire and told him he was Indiana Jones’ stunt double. 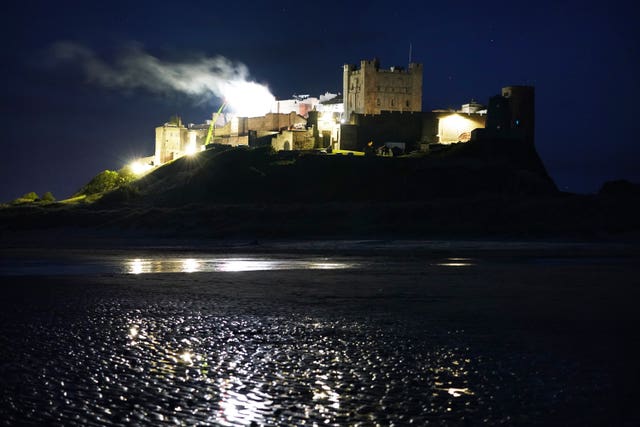 Meanwhile, Newcastle Dog and Cat Shelter got carried away with the excitement and a litter of four kittens named Harrison, Ford, Indiana and Jones.

Once they are old enough to find a new home, go to the shelter’s website https://www.dogandcatshelter.com/our-cats/