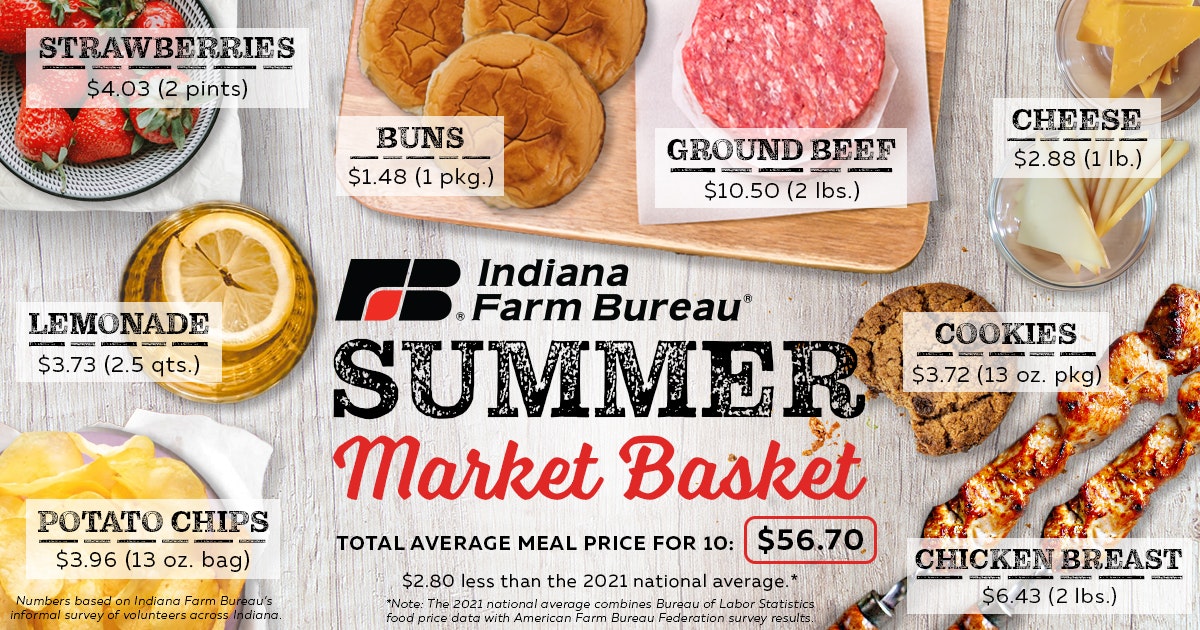 This year, Hoosiers hosting a July 4th BBQ can expect to pay less than other parts of the country. According to the Indiana Farm Bureau’s informal Market Basket Summer Cookout Survey, which lists some of America’s summer staples – cheeseburgers, chicken breasts, potato salad, strawberries, and more – hoosiers can expect to spend an average of $ 56.70 on a barbecue night this summer to feed 10 people, or $ 5.67 per person. That’s about 4.7% less than the US average of $ 5.95 per person.

While many of the food chain disruptions caused by the COVID-19 pandemic have been addressed, demand for some items remains strong, keeping prices high across the country. However, prices in Indiana are not as expensive as most of the United States

The Market Basket Summer Cookout Survey was conducted in mid-June by 27 volunteer shoppers from across the state who collected prices for certain foods in their local grocery stores. The Indiana poll results are included in the statewide poll coordinated by the American Farm Bureau Federation.

“Despite persistently high prices due to disruptions in the COVID-19 supply chain, Indiana food prices are nearly $ 3 below the national average for a 10-person barbecue,” said Isabella Chism, 2nd vice president of the INFB and chairwoman of the state women’s group Leadership Committee. “Hoosiers look forward to meeting family and friends safely after a year and can feed their guests on a small budget if they buy the cheaper items in our shopping cart, such as chicken breast, strawberries, potato salad and ice cream.”

Three items on the shopping list are more expensive in Indiana than nationwide, including ground beef, pork chops, and cookies. The most noticeable difference in price is for ground beef, which is 18% (or $ 1.58) more expensive than the national average.

According to the USDA’s revised Food Dollar Series, farmers received an average of more than 30 cents on the dollar for food purchases by consumers in the mid-1970s. That number has steadily declined since then, and farmers’ share of the dollar is about 13 cents for food consumed at home. With that number, the farmer’s share of that $ 56.70 market basket would be less than $ 8. The rest goes to the other parts of the food industry.

“Farmers’ share of the dollar continues to decline,” said Chism. “Indiana farmers are committed to streamlining their operations to cut production costs and address that decline, while providing safe and affordable food not just for hoosiers but for families around the world.”

AFBF has been conducting the informal quarterly Market Basket Summer Cookout Survey on the development of retail food prices since 1989, with the exception of 2020 due to the COVID-19 pandemic. The AFBF survey combines food price data from the Bureau of Labor Statistics with survey results collected from more than 160 volunteer rural shoppers across the country and Puerto Rico, including members of the Farm Bureau and others.

Further details on the results of the AFBF summer market basket can be found here.